A new month, a new book and Wimbledon on the television. It’s not always easy to get to work when I’m so easily distracted by the thud of balls, the line judge calls and the gladiatorial drama of tennis, but deadlines mean I can’t allow myself too much time away from the keyboard… 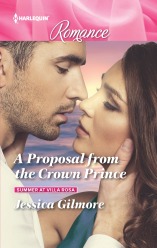 I’m really excited about the rapidly approaching release of my contribution to the Villa Rosa series, A Proposal From the Crown Prince. I’ve just finished Liz Fielding’s Her Pregnancy Bombshell which starts the season off, and Scarlet Wilson’s The Mysterious Italian Houseguest. They’re both absolutely fantastic so do grab them while you can! Next month Kate Hardy’s The Runaway Bride and the Billionaire continues the series, with my own concluding it in September. I have also written a companion online read which will be on the Harlequin site in August!

The Sheikh’s Pregnant Bride is out in October. It’s a standalone story, my very first take on the iconic sheikh romance. It’s also a reunion themed story (my favourite) and with a surrogate trope as well. There’s a lot going on and I can’t wait for it to be in readers’ hands.

October is a busy month, because it also is the release month for my second book for Tule Publishing. Their Christmas Carol is a sequel to Baking For Keeps and looks at what happens when missing bachelor, Nat Hathaway, finally returns to Marietta. Blurb and cover soon!

Finally I’ve just sent the first  draft of a wedding-themed duet to my editor. I am writing this one with Sophie Pembroke, and we’ve conjured up feuding sisters and a romantic Spanish island. My sister, Anna, is uptight, organised and knows exactly what she wants – and that doesn’t include a Spanish playboy who seems to spend half his time bare-chested. Title and release date when I have them!